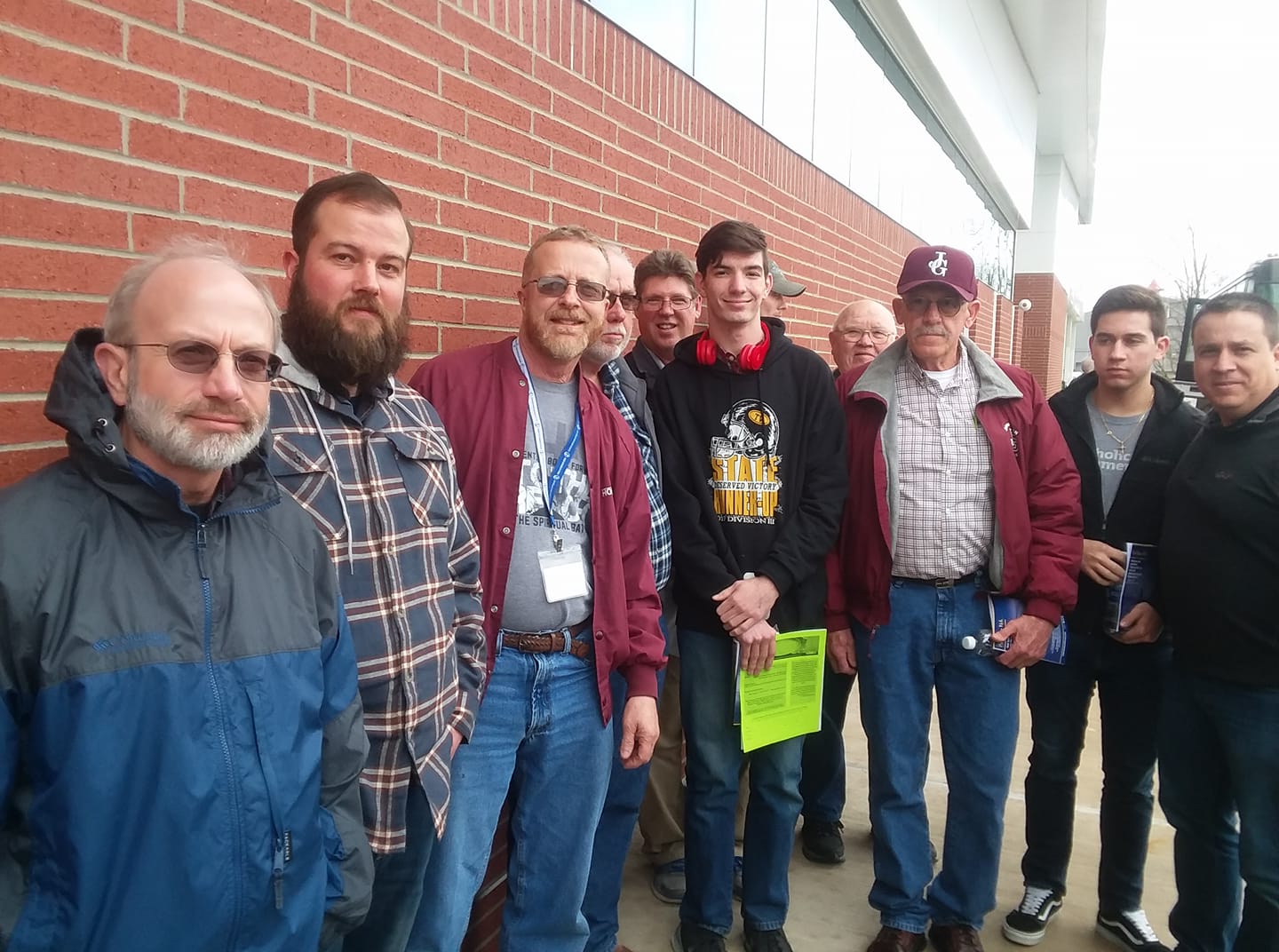 Who are these….
Men of the East

In 2017 leaders from parishes in Knox, Licking, and Muskingum counties met at St. Leonard’s Church in Heath to prepare for the 2018 Columbus Catholic Men’s Conference.  The conversation turned to ideas on how we could support each other as Catholic Men all year round.  The result of that conversation is the Men Of The East.
We are a Catholic Men’s Laity Ministry following the Risen Star of Christ. We are comprised of all practicing catholic men attending the twelve parishes in Knox, Licking & Muskingum counties in Ohio.

Men Of The East exists: